The Club You Never Want To Be In

This past weekend we attended our third Tay Sachs family conference, which was quite conveniently held in San Diego this year.

I always walk away from these conferences being extra grateful for the time that I get to be “Carmen’s mom” but also melancholy over the fact that I’m not that to most people anymore.

Right now I’m mourning going back to the “real world” where we hear comments about Hope being our second child from people who know darn well she’s our third, where we often get a glazed-over look or uncomfortable silence when we say we lost a child or mention Carmen’s name, and where we are told we are doing great…because we don’t talk about Carmen all that much. Sometimes I want to shout that we don’t talk about her because so few people respond positively or say anything helpful at all so most of the time it is just easier to be quiet.

To be honest, right this second, I’m mad. I’m mad because I know I have to be gracious. I know that I cannot expect others who haven’t walked in these shoes to have any earthly idea what to say or not say. I’m mad because I would prefer to punch people in the face than forgive them. But I can’t punch them.

I’m grateful for the Tay Sachs families. They’ve all been through more heartache than anyone should ever face. They understand the ups and downs, the waves of grief, the good days and the bad. They know what it’s like to want to knock someone out!

And so…although not a single one of us actually wants to be in this club, for at least four days every year we have each other. And that is such an amazing blessing. Thanks to NTSAD for organizing this event and for all you do to fight these diseases! 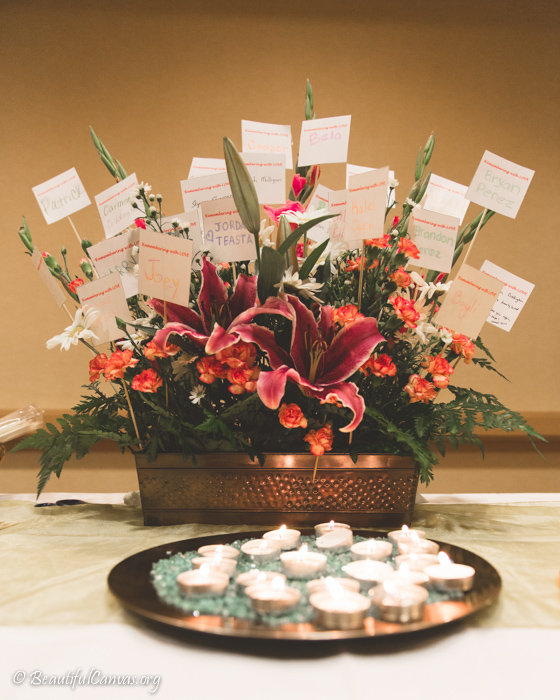 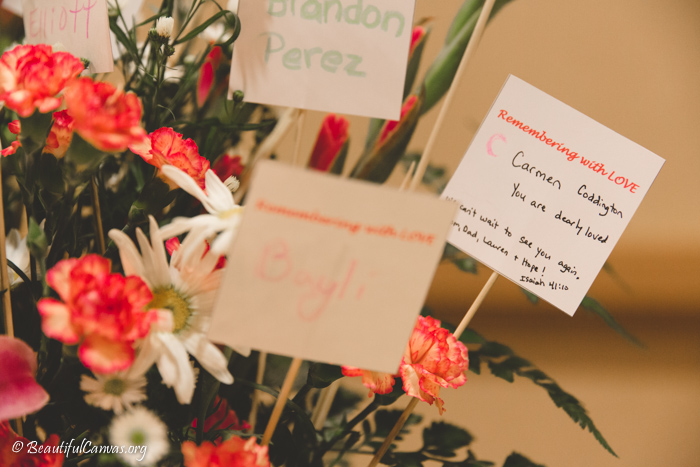 After losing a child, Elizabeth Edwards said, “If you know someone who has lost a child or lost anybody who’s important to them, and you’re afraid to mention them because you think you might make them sad by reminding them that they died, they didn’t forget they died. You’re not reminding them. What you’re reminding them of is that you remember that they lived, and that’s a great, great gift.”

Elizabeth Edwards knew what she was talking about.