Dave took surf lessons yesterday. For two hours he dominated the waves. He’s wanted to have surfing lessons for a while now so I’m glad he finally got the opportunity to have them. For his 40th birthday, he told me that he wanted to learn to surf in La Jolla, San Diego so I decided to book him a block of lessons. I also bought him a new surfboard and a wetsuit which he absolutely loves! It’s safe to say he had a fantastic time and I’m sure next year he’ll be asking for more lessons as his present. I’ve never seen him have so much fun before! 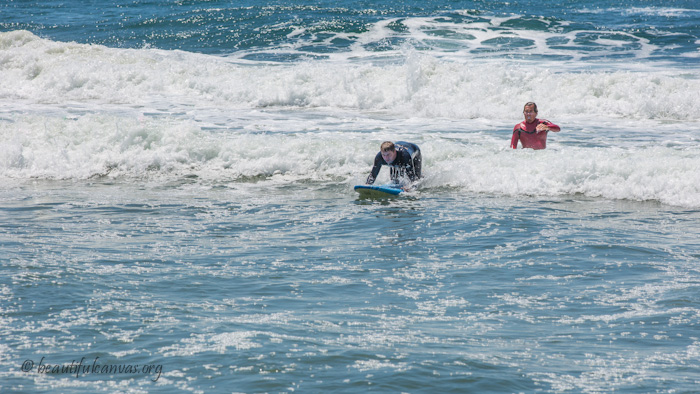 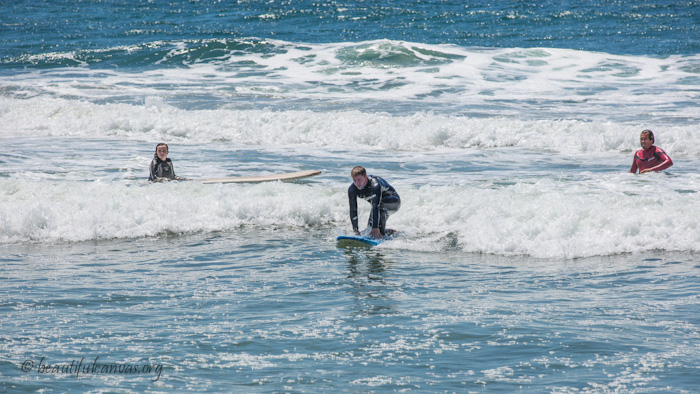 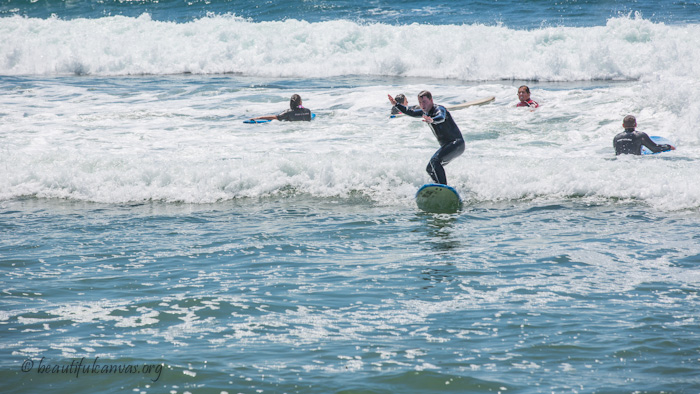 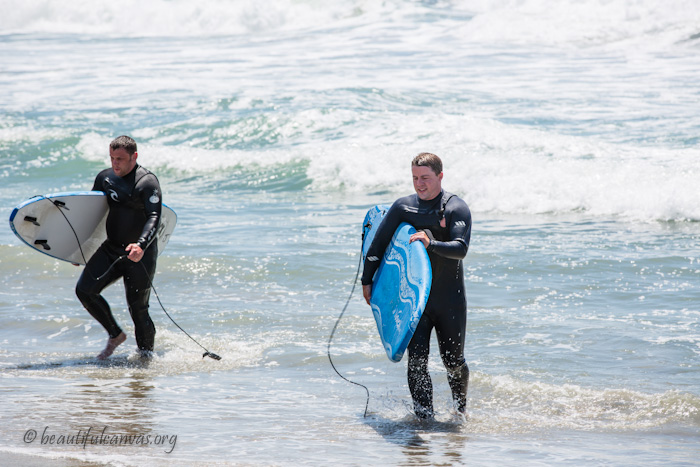 It's taking every ounce of the strength I have left to carry this board...

He had fun and I could tell he really enjoyed it. Except for the parts where he was saying, “I need water! I’m dehydrated!” And, “My legs are going to fall off. This is like doing P90X for the first time!” And, “I feel like I am going to throw up. I’m going to pass out.” And, “I’m exhausted. I need a nap. I can’t drive home. Can you drive?” He was obviously very tired at the end of the day but that’s to be expected after hours of surfing!

From my vantage point on the beach, it didn’t look that hard. 😉

(Lest I end up sleeping on the couch tonight I shall add that I’m JUST KIDDING! Dave, I’m sure I would have died of pain within five minutes.)